Zoe's Dolls is the vision of now 14 year old Zoe Terry. Raising a socially conscious daughter is one of Zoe's mom's biggest goals as a parent.  It weighs high up there with the other essentials like providing a safe and happy home and building a sound spiritual background.

When Zoe was younger, her mom would teach her the spirit of giving by asking her to give away one of her toys at Christmas time.  Right before Zoe's 6th birthday, she told her mom that she didn't want to give a toy away at Christmas anymore.  Zoe exclaimed that instead of giving a toy away at Christmas, she wanted to do something totally different.   Zoe said that for her birthday she wanted to give little brown dolls to little brown girls who did not have dolls to play and that was all she wanted for her birthday!   This was the start of Zoe's Dolls! 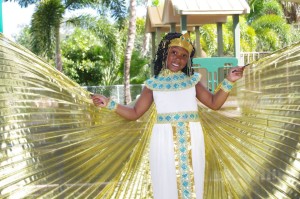 For her birthday, Zoe decided to kick off her initiative "Zoe's Dolls".  She asked all of her family and friends to purchase at least one new doll (particularly dolls of color representing the African/ African American, Hispanic and Caribbean spectrum) from Oct 19-Dec. 20 and drop the dolls off at the various drop-off locations. 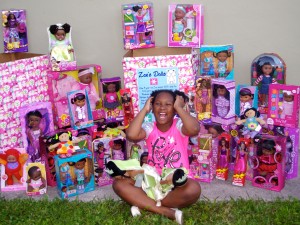 Zoe is the type of little girl that rejoices in the act of servitude and in the spirit of giving back. These are lessons that were instilled in her at a young age.  Zoe learned the importance of her role and obligation to take on community responsibility and the notion that if one is in need then we are all in need.

Spreading Joy One Doll at a Time

Zoe's Dolls is a 501(c)(3) non-profit organization, organized exclusively for charitable purposes.  All donations to Zoe's Dolls are tax-deductible to the extent of the law. What Next Global is registered with the State of Florida under the Solicitation of Contributions Act, 1991. A copy of the original registration and financial information may be obtained from the Division of Consumer Services by calling within the State: 1-904-448-9000. Registration does not imply endorsement, approval or recommendation by the State.

Hi there! My name is Zoe. Welcome to my website. I’m really glad to see you here. Please join me in delivering dolls of color to little brown girls during the holiday season. Click the play button to hear my message.